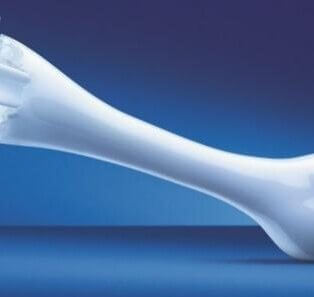 Why drink milk? Because it’s cool for cats?

We live in a society that worships milk perhaps more than any other food.  From the day that our mothers stop breast feeding us (and often before), we are fed cows milk and educated to believe that it is an essential part of our diet.  Only with daily consumption of milk and milk products can we get enough calcium to have strong bones and teeth.  It is ingrained in our culture as a hard scientific FACT.

But there is just one little problem with this fact.  The problem is that it is fiction.  Not only is the idea of milk being essential not based in science, but is actually contrary to the overwhelming body of scientific evidence available today, which demonstrates that milk is not essential and furthermore, is actually very bad for our health.

Before we get bogged down in the details of how milk impacts our health (positively or negatively), we should just stop for a minute and look at what we are actually talking about.  We are primates that breast feed from our mothers during infancy, and after we wean off our own mothers milk, we move on to suckle the teat (albeit indirectly) of a much much larger mammal throughout our childhood and adult years.  We are drinking the breast milk of a large mammal that is intended for its own young during infancy, and which have a far higher infancy growth rate and quite different nutritional needs from humans.  We are the only creatures on earth that drink milk as adults, let alone from another species.  Even cows don’t drink milk as adults.  It turns out that it is not even cool for cats!  Why?  Because as soon they are old enough, all animals eat proper food!

Nature provides milk as an efficient way to serve infants with nutrition until they are old enough to consume foods directly, not because it is in any way necessary or desirable for adult health.  If it was, the entire animal world would be plagued by brittle bones and calcium deficiency.

So where can we get our calcium from, if not from milk?  Simple, the same place that cows get it from… plants!

Loads of plant foods such as broccoli, kale and sesame seeds contain loads of calcium that is easy for the body to absorb and they also contain loads of other nutrients that are great for your health.

But what if you just want to drink milk because you like it?  It might not be necessary, but surely there is no harm in drinking it anyway.  Right?

Sadly not.  Countless scientific studies have found that milk is a major contributing factor in some of the biggest killers like cancer, heart disease and diabetes, aswell as other life hindering illnesses such as constipation, IBS, asthma and auto-immune diseases.  Drinking milk is quite simply one of the worst dietary choices that you could make for yourself and your family.

So what compels us all to consume so much milk?  Why are we ignoring the science and clinging on to the myth that milk is healthful and essential?  There are two big reasons, and they are the same two reasons behind many destructive elements of modern human life.

1. The Dairy Industry is Powerful

The dairy industry is huge and it has been for a long time.  They spend billions on marketing to tell us how good their products are for our health, lobby governments to recommend milk products in nutritional guidelines and school meals and push inaccurate health messages through our mainstream media (who earn the money from advertising their products).

Quite simply, the industry has an unhealthy amount of power to influence what we are told about their products.

Milk has been a big part of western diets for generations and it’s position as a central and essential part of our diet has become ingrained in our culture as a fact.  Much like religion, we are are taught this belief by our families and we grow up in an environment in which the belief is constantly reinforced by everyone around us.  We never feel any need to question it, because it is just a normal part of our everyday life.  More significantly though, we defend it when it is questioned because our culture is being threatened.  Milk is a part of our cultural religion, and like all religions, faith is more powerful than fact.

The reality remains however, that no matter how much you wish something to be true, it doesn’t change whether or not it is true.  We cannot rely on the power of wishful thinking.

Got milk?  Well, it is about time we get rid of it, for the health of ourselves and our families. Posted by Tom Greenwood on 8 September 2014