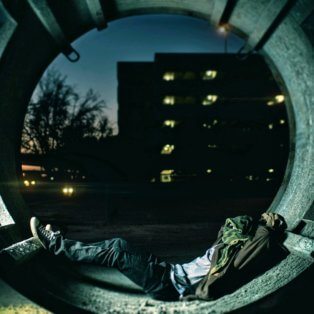 One of the fundamental reasons why the rich get richer and the poor get poorer is that wealthier people can afford to take bigger risks. Money creates an invisible force field around people, giving them confidence to take risks and the ability to survive when they fail. It doesn’t just apply to the super rich, but everyone above the breadline.

For many of us, it could be as simple as not planning a journey home, safe in the knowledge that in worst case scenario we could pay for a taxi, or at least afford a phone call to ask a friend to help us out.  For someone with no financial buffer, simple things such as this could have disastrous consequences.

Scale it up, and very rich people can not just afford to speculate on risky but high reward investments, but even to take legal risks, safe in the knowledge that they can afford to pay fines, hire defence lawyers, and even to influence the political and judicial system. The richer you are, the easier it is to buy your way out of trouble. This means that the playing field is inherently tilted in favour of those who already have the most, exacerbating the flow of resources and power from poor to rich.

In the real life game of snakes and ladders, money allows you to roll the dice, safe in the knowledge that you won’t slide back down the board.

This persists even when the poor finally have nothing left to lose, as the rich still have the physical means to maintain the status quo. It’s only when sufficient numbers of the poor reach rock bottom that the table begins to level out, as they gain the ability to take risks on mass and reclaim some of what they have lost. Then the cycle starts all over again.