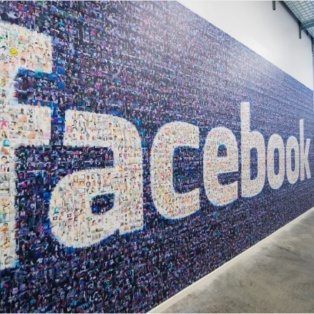 I realised a long time back that Facebook seemed to do more harm to my mood than good much of the time and so I have been actively trying to limit the time I spend on it. I can’t avoid it completely though, because I have some requirement to use it as part of my job and for some community groups that I am involved with. Despite this, I have been able to largely limit my usage to the messenger app and the pages manager so that I only occasionally see or post on the main news feed.

However, as the EU referendum approached last month, I started checking Facebook to keep up to date with the news and to see what my friends and family were saying. It took hardly any time before I was hooked back in and checking several times a day. It was addictive, dampened my mood and filled my mind with distracting thoughts. Two days after the referendum, I realised that I was on a slippery slope and so I cut it off. 24 hours later, I was feeling lighter, more positive, and more present. A further few days later and the urges to log in and check for updates had almost gone.

I could easily attribute the negative feelings to the emotional roller coaster of Brexit, but this is not a one-off experience. It happens sooner or later every time I go back to Facebook, and I know many friends, colleagues and relatives who find that Facebook causes them stress, anxiety, low self-esteem and mental fog, but who struggle to leave it.

The problem is that although Facebook does have the potential to connect us with our friends, strengthen our relationships and bring people closer together, but it mainly does so on a very superficial level and it is designed to be addictive. There are no doubt some positives, but for many people much of the time, the positives are outweighed by its addictive nature, by the status anxiety from witnessing others show off about their perfect lives and by the stress of worrying about how we are being judged.

I wish there was a social platform that offered the benefits without the unwanted side effects, but for now I think it’s best if I try to keep Facebook out of my life as much as possible.