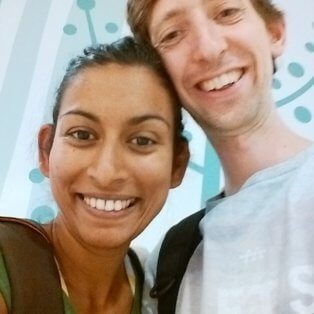 Electric travel to Basel and the Black Forest

Last year Vineeta and I drove our Renault Zoe electric car to the German Alps and stopped off on the way at a beautiful solar-powered vegetarian guest house called Haus Sonne in the mountains of the Black Forest. We loved it so much that we decided to go again this year to get a few days of fresh air and a digital detox. The problem was that this time we didn’t have enough time to drive the thousand miles from our home in the UK to Haus Sonne and we didn’t want to fly.

Inspired by our other European train journeys this year, I worked out that we could get from our home to the centre of Basel in Switzerland by electric trains in just nine-and-a-half hours. From there we could rent a BMW i3 from Hertz to drive the 40 miles to Haus Sonne, making our journey reasonably quick, pleasant and 100% electric. The train journey was easy and right on time. We were particularly impressed by the interior design of the TGV Lyria train from Paris to Basel. Not only did it look modern, but each passenger had a fall-down table that was large enough to comfortably use a laptop. On which there was a coat hanger where it folded up, as well as a plug, and mobile phone holder, a drinks holder, an adjustable headrest, a light, a bin, and a footrest. Not to mention the fact that there was plenty of luggage space.

Like all perfect plans though, my electric dream fell apart when we entered the Hertz office in Basel and we’re told the BMW i3 was not available despite our guaranteed model booking. Instead they gave us an Audi e-tron and cheerfully told that it was an even better electric car because you can drive 700 kilometers before filling it up with petrol. Naturally, the contradiction in this statement confirmed my fears that the Audi e-tron is really not an electric car but a plug-in hybrid. With a claimed electric range of only about 25 miles, we were going to have to burn some fuel to get to our destination, which would not have been necessary with the BMW i3.

Nevertheless we had no choice so I decided to embrace the opportunity to do a real-world test of a plug-in hybrid. As we drove through the city and out onto the motorway into Germany, I was pleasantly surprised. The car was set in electric mode and it was a genuinely nice driving experience. Quiet, smooth, and with fantastic handling. Ride quality was presumably normal with Audis; I immediately like it. It wasn’t as nippy as the Renault Zoe, but it was even smoother and quieter. Then I hit the accelerator to overtake for a second almost nothing happened, then suddenly the petrol engine roared into life. The car picked up speed then jerked as it changed gear, then once again roared ahead. The somewhat awkward relationship of the electric and drive trains became very apparent.

25 minutes into our 1-hour journey we ran out of charge, and from that point onwards the e-tron was indistinguishable from a standard hybrid. We were hoping to build up some charge from the regenerative braking, but it quite frankly did very little, even after several miles of driving down a steep mountain road, we had not gained a single bar of charge on the tiny battery. The electric range is quite frankly a bit pathetic when you consider that we drove from England in our 100% electric Zoe, and couldn’t even get halfway to the same place from the nearest city in the e-tron.

Lucky for us we were able to plug it in at Haus Sonne to get a bit of additional electric range from their solar panels. Charging was easy enough although the car seemed to provide no obvious feedback on the state of charge or time remaining, and the charging cable had a ludricrously large and heavy, though deceptionally high-tech-looking control unit attached to it. It was also only capable of taking 3.6 KW from a standard household plug, which is fine for home use but means that it can’t realistically use fast public chargers while out on a journey, unless the charger itself has a cable built into it, which most don’t.

Overall the Audi A3 e-tron is a lovely car, but a sadly half-hearted attempt at an EV by Audi. If it had 165 miles of real electric range and decent regenerative braking, then it would be an amazing vehicle with no need for the petrol engine. As it is, it doesn’t even have enough electric range for a typical day of driving around town let alone a 1-hour road trip into the countryside. If I was writing Audi’s report card, it would say “B-, could try harder”.

All in all it was a great journey, and even though it wasn’t 100% electric, it was pretty close and could have been if Hertz had given us the car that we booked. We had a great time and it gave us a glimpse of things to come. Low carbon holidays like these are only going to get easier!

Posted by Tom Greenwood on 9 October 2016