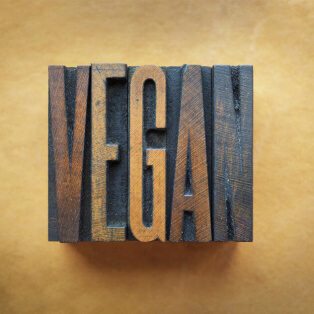 Does it matter if someone is actually vegan?

I have mentioned before that vegan is an emotionally charged word that can provoke strong reactions in people, both positive and negative.

I am a person who doesn’t like to be labelled and who tries to avoid labelling others, as I explained in an earlier post. My reluctance to be put in a particular box doesn’t stop people from putting me in one, but it is interesting that different people put me in different boxes. To various people, I am vegan, vegetarian, flexitarian, vague-atarian, omnivore and someone who just tries to eat healthy, ethical food.  And of course there are many people who simply don’t worry themselves about such things, which is nice.

That’s all fine, but it gets a bit awkward when people try to corner me into confirming which box I am in, particularly when they ask “are you vegan?”

It is a difficult question not just because I don’t want to box myself but also because it opens up the bigger question of what vegan actually means.

The Oxford dictionary defines it as:

a person who does not eat or use animal products

This is true of me a lot of the time, even most of the time, but not 100%. So the answer from this definition is clearly that I am not vegan, but then it could arguably mean that no one else is either! Does eating or using animal products inherently make you responsible for their creation and therefore not vegan? Is it even possible to live a life without using some animal products one way or another, even if unknowingly?  It’s an interesting question and I think it highlights the limitation of this definition.

So let’s look at at a different definition.  The Vegan Society defines being vegan as:

a way of living which seeks to exclude, as far as possible and practical, all forms of exploitation of, and cruelty to, animals for food, clothing or any other purpose

This is a much broader definition and perhaps leaves even more open to interpretation.  Where do we draw the line of responsibility when defining what constitutes a particular person exploiting an animal? How do we define the boundaries of what is truly possible and practical? And how far should we extend the definition of an animal to other living beings such as insects and mussels?

For example, if someone cooks you a meal containing animal products, does eating it make you responsible for it?  If food is being thrown away at the end of a buffet, is it wrong for you to eat some of it?  Are you right to defend yourself by swatting away insects such as mosquito’s?  If you purchase something that you genuinely thought did not contain animal products but in fact did, how much responsibility for it do you really need to take?  Furthermore, if someone lives a vegan lifestyle for reasons other than avoiding cruelty to animals, does it matter that their motives are different?

There is no right answer to these questions.

If you take it to the extreme, it is virtually impossible to live a life that hasn’t benefited from the exploitation of animals on some level, so where should we draw the line?  Even fruits and vegetables are grown on farms that used to be wilderness and provided homes for wildlife, and the crops are often sprayed with pesticides to kill off bugs and fertilised with manure and bonemeal.  So if you take it too far, even plant foods are not vegan.

This serves to highlight the fact that life is not black and white, and illustrates one of the reasons that I don’t think it is generally helpful to label people.

The sad fact is that if you are a human in an industrialised society then no matter how hard we try, we will have a negative impact on the world throughout our lives.  The question is not if we exploit animals, people and the planet, but the degree to which we do so.  We each have to decide where we should draw the line.

Rather than being dogmatic about veganism or any other “ism”, I instead like to educate myself about the realities of the world, face them openly and take life one conscious decision at a time, using my principles of goodness as a guide.

In particular, I try not to knowingly cause unnecessary physical or emotional harm to any creature and to always let my conscience be my guide.

Whether or not that makes me vegan is somewhat irrelevant.  What truly matters is not the words we label each other with, but the reality of the lives that we live.  We should all strive to make positive decisions in our own lives every day and support and encourage each other in our efforts to do that.

That is how we will create a better world.  It requires no labels.