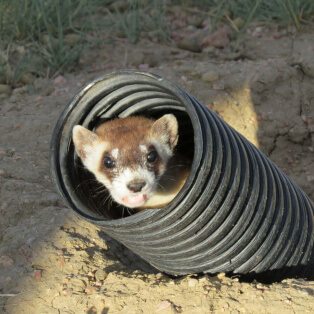 We are just a few days away from the general election and there are many people feeling that this election could mark a turning point in the dominance of our two main political parties.

I have been very active in the local Green Party in the past year and have been inspired by the huge growth in membership that now makes it the UK’s third largest political party. In fact I have been inspired so much that I have even agreed to stand as a candidate for our local and district council elections, also being held next week.

But how did this happen? I am not someone that is interested in power, I dislike being in the spotlight and I don’t fundamentally believe in the concept of party politics. I am also very very busy and don’t have lots of free time to dedicate to new things. Yet here I am as an official Green Party candidate. It is strange but true!

So what motivated me?

Although I generally feel that politics is mainly formed of a bunch of sheltered, elite egomaniacs having school yard arguments while representing the interests of their friends, sponsors and past/future employers in big business, I also feel that this situation only exists because we let it. The Green Party represents much needed positive change and even if it isn’t perfect, it is by far the best option that we have to move our country’s leadership in a positive direction that works for the best interests of the wider public.

What is fascinating about the Green Party is that there are very few people actually interested in power or party allegiance. At one local meeting we found that the majority of members would gladly vote for another party if they believed that they would do the right things. It is a party formed almost entirely of good people who want to make the world better for everyone – they are in it the right reasons!

This creates an inherent problem though, because the people with the values, knowledge and skills to actually make the world better are rarely people interested in fighting for positions of power or status. Parties like the Greens and also other small parties therefore struggle to not just gain power, but to even stand candidates at all.

Which brings us back to the question of why I am standing as a candidate.

I have an unusual sense of urgency that we need to make changes in our society, particularly regarding the environment and the growing rich-poor divide. So I am keen to get involved if I think I can make a difference. In the end I was convinced that the very combination of my passion to make things better and reluctance to stand as a candidate is exactly why I should stands as a candidate.

I am not interested in winning petty arguments, re-election or defending the status quo. It is not about me at all. All I care about is creating a more equitable and sustainable society and collaborating with others to try and make that happen.

I also initially thought that local elections were probably a complete waste of time, and I think many people feel the same way. But then I realised that nearly all positive change in the world is driven from the bottom up. I think that there is a huge opportunity for local councils and local people to be drivers of positive change, creating tighter communities, positive and safe public spaces, encouraging energy efficiency and community renewables, and building stronger local economies. Not just that, but positive action at a local level has the potential to influence other communities and eventually trickle up to create national or global change.

But did I have to stand for a political party?

It is particularly strange that for someone not hugely keen on the idea of party politics, I am the only candidate in the Parish council election that is actually standing for a political party. Everyone else is standing as an independent. I felt a bit awkward about this at first but now feel comfortable that I am doing the right thing. I joined the Green Party because I believe that there is strength in numbers and I see it as a vehicle for working with good people to do good things. I am standing as a candidate because my involvement in the Green Party led me to it and fundamentally I believe in the core principles of social justice and environmental protection. Standing as a Green candidate is therefore simply a matter of honesty and transparency.

I think that being on a local council would probably be incredibly boring, but I am optimistic that positive and significant change can be achieved at a local level. That is all that matters and that is all that I want.

Now we just have to wait until next weekend to find out if I get elected!

Image credit:  The image of the ferret peeking out of a plastic tube is from the USDA on Flickr at https://www.flickr.com/photos/usdagov/15029718287/. Firstly, you’ll notice that my shyness means that I don’t often put photos of myself on the blog, but I do feel a bit like this ferret, trying to live a natural life in a man made world and not really sure whether to poke my head up into the spotlight and do something about it.