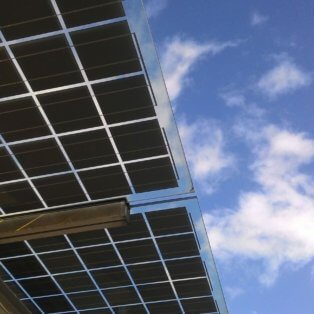 I’m regularly frustrated by old people who tell me, usually without me asking, that it doesn’t make sense for them to put solar panels on their house because it will take too long to make the money back. Of course some older people can’t afford solar panels, but the ones that frustrate me are the ones who are sufficiently well off that they could comfortably afford a solar PV system.

The reason that it frustrates me is because these people think that it’s all about personal financial benefit and can’t see the bigger picture. The reality is that we all need to be switching to 100% renewable energy urgently, and this will mean that most homes will need to produce at least some of their own energy.

When elderly people say that it doesn’t make sense for them because they might be dead before it pays for itself, it sends out two really depressing messages. Firstly, that they have very low expectations of their own life expectancy, and secondly, that they don’t actually care about what happens to the world, and the people in it, after they die. The thing is that many young people genuinely can’t afford a house let lone a set of solar panels, and so if the elderly people who can afford it, and who the young look up to, act as if it isn’t important, then it sends a very negative message and significantly slows the transition to renewable energy.

What the world needs is for older people to take an optimistic view of their own future and the future that they will leave behind, helping to create and inspire a sustainable future. I know a few such fantastic people, and they are an example to us all.

Posted by Tom Greenwood on 8 October 2016