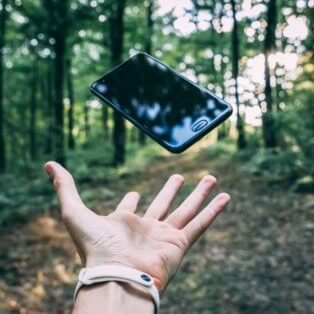 Should we be more cautious about EMF’s?

I wrote a short review of Dr. Joseph Mercola’s new book, EMF*D: 5G, Wi-Fi & Cell Phones: Hidden Harms and How to Protect Yourself, in the latest issue of the green web newsletter Curiously Green.

Here, I’m really just making a note of some of the highlights for easy future reference. The book is loosely focused on 5G mobile technology, particularly millimetre wavelength 5G, but in practice it’s a general book covering all types of EMF radiation. It explains what EMF’s are, how they can impact human health, how they might impact the natural environment and what we can all do about it.

Joseph Mercola is a controversial character who would be automatically be ignored by some, but this book is actually very detailed and well researched. The marketing for the book is pretty alarmist, but in practice most of the book is fairly realistic in its approach. It doesn’t take the hard line of trying to make us paranoid about avoiding all EMFs, but simply tries to raise awareness of the need to be cautious and find a healthy balance between using modern technology and minimising EMF exposure.

For a long time, I’ve been curious about whether EMFs pose any risk to human health but never taken the time to really look into it. A few years ago, one of my moles went funky directly underneath where I usually carried my mobile phone in my jacket pocket. After having a rather sizeable chunk cut out of my abdomen, I couldn’t help but feel somewhat suspicious. Recently, when I saw that Dr. Dale Bredesen listed EMF exposure as one of the risk factors for Alzheimer’s disease, I thought it was worth reading up on the topic.

Having read Mercola’s book and having had my own somewhat worrying experience, I think it makes sense to at least take some basic precautions.

Here are some suggestions to reduce exposure to EMF radiation that I picked up from the book?

It seems that there is no perfect solution and it’s very personal how far we should all take it. The list above is really the tip of the iceberg. However, cultivating awareness of where EMF exposure comes from and implementing practical day-to-day strategies to minimise that exposure seems like a pretty sensible idea.

Hopefully it won’t be too long before clear and reliable information about EMF safety is available to help people make informed choices.