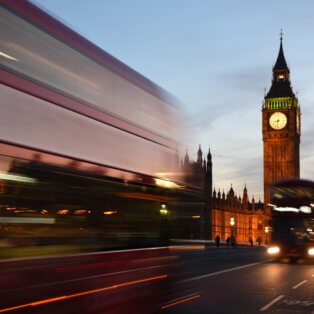 There’s been a lot of news, debate and campaigning in the past couple of years about tax avoidance by wealthy individuals and corporations. It’s an interesting debate because although there are some genuine and serious moral issues with the behaviour of many tax avoiders, the reality is that even those who campaign for tax justice will probably try to pay less tax if they thought they could do so without getting in any trouble.

The reality is that to some extent, tax is a necessary evil and if we want to reform it in a positive way then we have to go back to the root of the problem.

Why do we need taxes?

Firstly, we need to acknowledge that part of the reason that we need taxes is that the monetary system is rigged by banks to push countries and individuals into more and more debts as governments, businesses and citizens pay interest on all money that banks originally created out of nothing. It’s a scam in which we are all debt slaves and it inevitably means that the government needs to continuously tax the population to give money to the banks. However, even if we took the bank fraud out of the equation, there would likely still be many things that we can reasonably be asked to pay tax.

Positive taxes raise money for things that promote a better society for all and which are best provided by the state, either because there is no business model to support it or because there would be a conflict of interest in commercialisation.  Such things include at least basic levels of education, infrastructure, medical care, social welfare and emergency services.  It may also fund subsidies on things that are generally beneficial to society such as use of public transport or healthy school meals.

Negative taxes act as a mechanism to discourage activities that are destructive to society and to raise funds to tackle the negative impacts of these activities.  Such taxes would be aimed at activities that damage health, encourage anti-social behaviour or damage the environment.

Our current tax system is based largely around arbitrary methods of raising money for the government, which the can then divide up and spend as they wish.  However, a fairer and more effective system would be clearly structured around the the goals that we aim to achieve with our taxes.  For example, our goals might be to promote a thriving economy, to minimise the rich-poor divide, to promote health, to protect the environment, to care for the vulnerable and to provide a good quality of life for all. Such goals could radically change our tax system.

When viewed through this lens, we might see that some of our existing taxes don’t make much sense in their current form.

Income tax, national insurance and council tax could be unified into a single Public Service Tax, which is used to fund essential services and infrastructure that the country needs to provide a good quality of life for all.  Like income tax, this would likely be linked to income so that those who can afford to pay more do so, while those who earn less than the current Living Wage would pay nothing, as it makes no sense to take money away from people who earn less than the amount they need to live.  Doing so would mean that you would then need to give them money back in the form of benefits, which is highly inefficient.

Other taxes would then mostly be negative taxes, focused on discouraging negative activities and funding their clean up and replacement with positive alternatives.

If we look at the issue of corporate tax evasion, then we might see that in actual fact if we want to a promote a thriving economy, then corporation tax might be counter productive as it drains reserves out of businesses that could be reinvested to grow these businesses. The issue of corporate tax evasion may actually be misguided.  However, we want to ensure that the profits are reinvested into business and not siphoned off into the pockets of wealthy investors.  Therefore, we could discourage the extraction of profits from businesses through much higher dividend taxes and capital gains taxes.  The tax revenues generated when money is extracted from businesses could then be directly used to fund services that benefit the economy such as education, scientific research and business incubator programmes.

Similarly, VAT is a fairly regressive tax as it’s a flat rate tax on almost all purchases with no regard for what they are. It impacts the poor more than the rich and does not reflect the benefit or harm done to society by the product or service being sold.  A better approach would be to design taxes to target specific products and services, much like I described in my post about fairer air travel taxes. This polluter pays principle would mean for example, that in addition to some basic funding from the Public Service Tax, the NHS would be funded by taxes on unhealthy foods (possibly as I define here), toxic substances, tobacco and alcohol as well as a tax on the sale of products that most commonly cause illnesses and injuries, such as cars and power tools.  If the tax rates are suitably correlated with the risks posed, businesses would have a strong incentive to sell safer products and to push for higher safety standards within their own industry.

Environmental issues would be dealt with through taxes on companies and products that cause these issues. For example, street cleaning should be funded by tax from the sale of goods that end up as litter, such as chewing gum, cigarettes, crisps and snacks. Action on climate change should be funded by taxes on fossil fuels and animal agriculture. Not to mention removing contradictory subsidies for such industries, and where appropriate replacing them with subsidies for their alternatives such as renewable energy, electric transportation and local, organic plant based agriculture. Even the fire service could be partially funded by tax on products statistically shown to commonly cause fires such as liquid fuels, frying oils and cigarettes.

This approach would not only be more fair but would directly and positively influence the behaviour of both consumers and corporations.  Some products such as cigarettes would be subject to multiple taxes (health, litter and fire safety), while others could have little or no taxes imposed.  Such products would be increasingly less popular and as the burden imposed on society decreased over time, the tax revenues would decline proportionally.

A progressive vision is needed

Of course a better tax system needs a progressive vision from government, and it needs government policies beyond taxing to be designed so that they complement the taxes imposed on society.   All government policies should consider how they can influence behaviour to reduce the need for taxes in the first place. For example, free fruit in schools and legislating that only healthy foods can be served in schools could well have a positive return on investment in terms of both reducing burden on the health system, reducing environmental problems, creating a culture of healthy eating and improving educational performance, which in turn boosts the economy and reduces crime.

The point really is this – taxes should exist to create a positive society.

We need to redesign our tax system not to blindly harvest money from the masses but to influence individuals and corporations to behave in ways that inherently create the society that we want to live in. In turn, actually reducing the amount of money that we need to pay in taxes. Tax should not be a simple game of numbers but a thorough process of design that starts and ends with an positive set of goals.