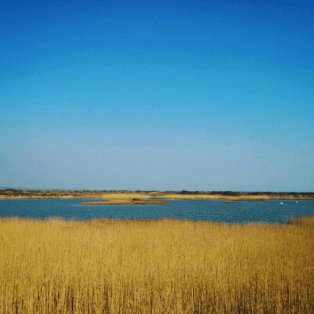 We recently spent a week with my grandma in the Lake District celebrating her 100th birthday. It was a really special week with lots of family around and the opportunity to meet many of the great friends that she has in her village. There’s no doubt that at 100 years of age, living alone in a two story house with no care worker support, she’s an inspiration to literally everyone that she knows.

There was great excitement when she received her letter from the Queen and we speculated on whether any of us younger generation would ever reach such an age and whether the British monarchy would even exist at all by that time.  We were imagining our lives at 100 as if it was a real possibility. Then it hit me that if 100 years represents the far upper end of my possible life span, that means that even by an optimistic estimate I only have 67 years left to do the things that I want to do. It would mean that I’m already one-third of the way through my journey of life.

We returned home and began our week on Monday by attending a friend’s funeral. In contrast to the prior week of celebration, we reflected on the life and death of a good man at the age of 79, the same age that my grandfather died and roughly the average for a British male. Sitting in the church during the ceremony, I noticed his date of birth. He was born almost exactly 45 years before me. That meant that if I lived to the exact same age as him, I have only 45 years left.

It hit me like it had never hit me before, but not in the way they would have expected.

Instead of a mad state of panic in an early mid-life crisis, it induced in me a strange sense of calm. Although I regularly try to remind myself of my own mortality, the death of a friend had made me feel it in a way that I had never experienced before. It gave me a new perspective. Perspective on the fact that the things stressing me out in life are truly trivial, that each day is precious because even if we take great care and have a good dose of luck, life is always going to be short.

I left the funeral feeling calm and strangely inspired to make each day both meaningful and pleasurable. The next day our friend Nick came to the office to record a podcast about mindfulness in business, and then we went out to dinner afterwards. He pulled out his phone to show us his countdown app that calculates the number of days until he dies, and the number of good days before his activities would be limited by the frailty of old age. His number of good days had recently dropped below 10,000. Now as the counter had clocked down to just four digits, it didn’t seem like such a big number.

I think we all felt the same thing. Time goes by a lot faster than we think and we don’t have as much of it as we think we do. The fact is, that whether you believe in an after life or not, we’ll only get this life once. There are no refunds or extensions. Whatever we want to do to achieve pleasure and purpose in our own lives needs to be our top priority every single day. We might not always be able to do what we want but we equally don’t have time to make excuses and procrastinate. Every day that we’re alive we should be at least trying to take some small step towards being the person that we want to be and living the life that we want to live.

That week was both happy and sad but, above all, it helped put life back in perspective.