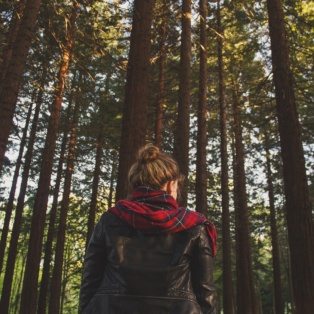 One person is enough to make a difference

Several years ago, my friend told me about a time when he organised an organic festival at the campsite that he was managing. He had organic foods for sale, screened a film about organic agriculture and had a local organic farmer come to answer questions after the film. It was a wonderful idea, but the turnout for the film was low, and gradually, people left one by one before the film was finished. Who could blame them?  After all, they were on holiday and the sun was shining outside. By the end of the film, there was just one person remaining in the audience. Feeling embarrassed and awkward, my friend apologised to the farmer for wasting her time.

Her reaction surprised him.

She was not upset and told him that the one person who stayed made the event a success.  She stayed because she was interested to learn more and wanted to make more positive choices. The event had made a positive impact on that one person, who was now more informed to make good choices for the rest of their life.

I regularly organise documentary film screenings and before every film, my friends and I worry that not enough people will attend to make it worthwhile.  When these doubts creep in, I remind myself of what the farmer had told my friend.  We only need one engaged person to make an impact.

We often feel that the actions of any one individual are two small to make a difference, but everything that happens in the world is simply the sum of our individual actions. Whatever choices we make in life, good or bad, have a ripple effect that extends far beyond what we can imagine. That one person that decided to make better choices as a result of something that you did, whatever it might be, could be the butterfly that starts a chain reaction of positive change in the world.