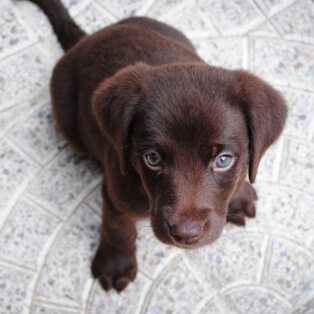 Does it make sense to feed pets meat?

There’s something peculiar about the way that we feed our pets.

People who call themselves animal lovers often feed their dogs, cats, and other pets the meat of animals that have been raised and slaughtered by humans. I even know vegetarians and vegans who strongly defend the need to feed their pets meat, often claiming that they have a moral duty to do so.

One argument is that these animals are carnivores and need to be fed meat. This may be true for cats, but it’s incorrect in the case of dogs, which are omnivores and can live long, healthy lives on a plant based diet, potentially even avoiding some of the health problems associated with industrial meat consumption that affect both humans and animals.

Even in the case of cats and other carnivores, it still makes no sense to argue that there is a moral case to farm animals in order to care for pet animals. Claiming that it is necessary is not the selfless argument of an animal lover, but the selfish argument of a person who cares only about the animals that give them personal pleasure.

Some people counter this argument by saying that pet food is made from waste meat that cannot be fed to humans and so no animals are actually farmed and killed to feed pets. There’s a little bit of truth in this, but there is a glaring issue. Pet food provides a valuable market for inedible or surplus slaughterhouse waste, and so effectively subsidises the cost of meat for human consumption, which in turn increases human meat consumption. Not just that, but a large proportion of meat in pet food comes from industrial farms with the lowest welfare standards, so pet food is not just subsidising meat, but also subsidising the worst forms of industrial farming and industrial fishing.

Some more ethically minded pet owners also have concerns about the animal welfare on industrial farms and the low quality of commercial pet food and so buy there pets fresh cuts of meat.  But in some ways this could be even worse because then they are not feeding their pets waste or surplus meat but meat intended for human consumption, directly causing animals to be raised and slaughtered.  If you do the maths on this, you’ll quickly see that to feed your pet over its lifetime, many other animals will have to be farmed and killed.  Sadly, it would actually be more ethical to let your pet die.

Feeding meat to pet animals just doesn’t make any sense from an ethical point of view, but is there an alternative that doesn’t involve killing your own pet?

We should start by taking a long, hard look at the pet industry and asking ourselves as animal lovers, whether it’s really ethical to have a pet in the first place. Simply reducing the number of pets would go a long way to reducing the number of farm animals directly and indirectly raised and slaughtered to feed our pets.

Of course, there are rescued animals and existing pets that need to be cared for, so what can we do for them? It’s simple. Just feed them a vegan diet. As mentioned, this can be healthier for dogs anyway and other animals such as cats can live on a supplemented vegan cat food diet perfectly well. It might not be their optimum natural diet, but neither is the processed crap that comes out of a can of Felix.  If you have tried feeding your carnivorous pet a carefully designed vegan diet with the necessary supplements and they don’t cope well on it then you might be in a bit of a no win situation and you would need to do some hard thinking about whether you are really an animal lover or just someone who likes to have a pet cat.

Finally, if you insist on getting a new pet, then choose a species that’s naturally herbivorous or omnivorous so that there’s genuinely no need to feed it meat. Sorry cat lovers!

The bottom line is that you can’t be an animal lover and buy industrial meats to feed your pets. Doing so means that you think it’s acceptable to abuse and slaughter animals that you can’t see in order to feed the animals that give you personal pleasure. It means that you support animal agriculture, not for necessity, but for your own personal enjoyment.  Your free to do that if you want to, just don’t call yourself an animal lover.