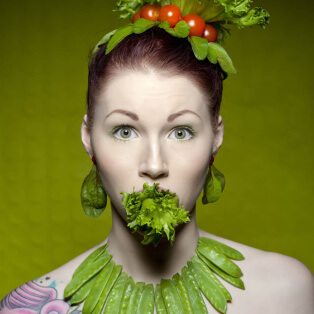 Why live in a veggie box?

Anyone who knows me well will be aware that I eat almost entirely plants. In some people’s eyes that makes me a vegetarian, but that would be to ignore the word “almost”. I don’t like to call myself a vegetarian not because of what I eat, but because I don’t personally like to be boxed. I’m simply someone that favours eating plants over animals wherever possible. Even if I never eat meat or any animal products, I am still exercising my right to choose what I eat for each individual meal.

It is surprising how many people don’t like the fact that I resist any particular dietary label. You would expect it to be more militant vegetarians that would have a problem with it, but it is actually generally other people that have a problem – people who eat a lot of meat and dairy in particular. They can’t handle the fact that I can’t be put in a box (or at least not willingly), and seem set on a concept of having to define peoples eating choices as “us and them”.

I personally believe that although labels are not inherently bad, they are sadly often the first step towards prejudice, discrimination and narrow mindedness in many walks of life, and that’s why I try to avoid them where I can.  That’s not to say that terms like vegetarian and vegan are not helpful in communicating particular dietary choices and I have massive respect for people that make a clear public statement about the positive choices that they are making, but ultimately it is an individual choice and just as we have the option to choose what we eat, we also have the choice to decide if and how we label ourselves.

Am I the only one?

This was a revelation! Not only am I not alone, but it appears that there are actually large numbers of people like me who are exercising their right to be flexible about what they eat.

Is it even helpful to box people?

I think it is fine when people choose to label themselves in ways that fit their lifestyle and beliefs, but it certainly isn’t helpful when we label and box other people. When you try to box people, you might think that you are making things simple, but you will end up either over simplifying and misunderstanding people, or end up having to create ever more specific classifications for all of the unique combinations.

And we haven’t even asked why!

All of this completely ignores the motives behind someone’s dietary choices, which can be just as significant and often more insightful than the choices themselves. In my experience, most people who limit their consumption of animal foods do so for one or more of the following reasons:

This is a diverse range of issues and once again this is not at all a comprehensive list.

The point is that food is a complex and highly personal issue. What we eat is one of the most important choices that we make every day, and forcing people into imaginary boxes does not help anybody to make free and positive choices. Every person should be free to make their own decision about what they put on their plate and in their mouth, and how they choose to define those choices.

It is your life and it is your choice.

2 thoughts on “Why live in a veggie box?”