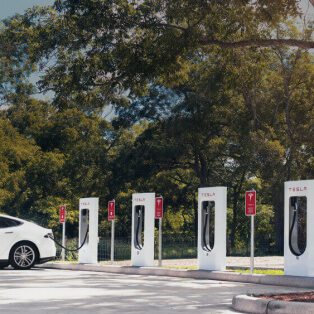 How much range does an electric car really need?

One of the main concerns that people still have about electric cars is the limited range. It was certainly our biggest concern when we bought our Renault ZOE at the end of 2014. We even kept our old diesel car for a couple of months because we were scared that we might not cope with the limited range with the ZOE. Those fears soon evaporated though. Day to day, we no longer ever really think about the range because the car’s range of over 70 miles in general use is far in excess of what we would do on a typical day. We plug the car in at home, so we rarely have to think about charging points and unless we are planning on making a trip outside the local area then range is literally not an issue.  For us, and I think most people, around 70 of range is more than enough most of the time.

But what about long journeys?

We’ve driven our ZOE on a number of long journeys from our home in The New Forest including to Warwickshire, Bath, many trips to London, a holiday in Belgium and even a holiday in Germany, proving that long journeys are absolutely possible, even in a car with quick limited range. However, we’ve also been up to the Lake District a few times and on all three occasions, we decided to take the train instead of drive.

The reality is that you can do long journeys in an electric car like the ZOE, but it does take a lot longer than in a conventional car. This might be okay if you’re on a relaxed holiday or if you’re retired, but most people want to get to their destination quickly, making the limited range of most electric vehicles a bit of a problem.

How much long distance range do you need?

Our experiences so far have got me thinking about how much range we would really need to make an electric car as fast and convenient as a petrol or diesel car when used on long journeys?

I have concluded that it depends on a few factors:

For the sake of example, I’m going to make the following assumptions:

Some very simple maths therefore tells me that we would need a range of 140 miles when driving at 70mph on a cold day winters day in the UK. In reality, however, we need a bit more because we never want to arrive at a charging point with zero miles remaining, especially when traveling on an unfamiliar route. In our experience, we ideally like to have 20-25 miles margin of error, which would mean that we really need 165 miles of range.  This is just in case the route uses more energy than predicted, the planned charger is not working, we take a wrong turn or get diverted around a road closure.  This might sound like a big safety margin, but trust me when I say that we have used every last mile of it on several occasions and without it, we would have run out of batteries.  Thankfully, and partly due to this cautious approach, we have so far never run out of juice!

This does have some profound implications though. With a car like the Renault ZOE, we can get as much as 115 miles of range on traffic-free A-roads in the summer, but driving at 70 mph on the motorway in winter pushes the range down to something more like 65 miles. If we knock off our 25 margin of error, then it means that we need to plan a charging stop every 40 miles.   Suddenly the range of the car seems ludicrously small.  Due to the fact that the cars range is so low in winter, motorway conditions, it means that the safety margin knocks  a whopping 40% off the total journey’s range.  Basically, the lower the battery capacity of the car, the more the safety margin brings the range down in relative (and practical) terms.

If we take our required 165 miles of total range that I have estimated, then the 25 mile safety margin is actually only 15% of the total range and leaves the driver with 140 miles of winter motorway driving, which seems like a much more reasonable balance.

What size battery would we need to get 165 miles range?

Our Renault ZOE has a battery capacity of 22kWh, giving the winter motorway range of sixty-five miles.  This works out to 2.95 miles per kWh.

In reality, we average about 4 miles per kWh because we  don’t do a lot of high speed motorway driving, and it is possible to achieve much higher if you are a really efficient driver. However, for this exercise, we’re looking at steady winter motorway driving, which is probably a reasonable worst-case scenario for anyone who actually obeys motorway speed limits.

Therefore, to have a range of a 165 miles in these conditions would require a battery capacity of 56kWh, or 2.5 times the size of our Renault ZOE battery.

Not as implausible as it sounds!

We’re moving in the right direction. The new Nissan LEAF has a 30kWh battery, which theoretically, by these calculations would deliver 88 miles of winter motorway range or 63 miles when we remove the safety margin.  It might not sound like much, but that means you can space you can go 50% further between planned charging points on the motorway, which is already a huge improvement. The Tesla Model S, by contrast, has battery options of 70kWh or 85kWh, which would theoretically achieve winter motorway ranges of 206 miles (181 miles with the safety margin) and 250 miles (225 miles with the safety margin) respectively.  These cars might be expensive, but they prove that range well in excess of our 165 mile target is already possible and available on the market.

Interestingly, these Model S range predictions are just a few miles below the official EPA estimates, suggesting that the US EPA system is a fairly reliable indicator of real world range, as oppose to manufacturer claims or European test results that are generally far too optimistic.  Of course, there will always be variation depending on the exact model of car, the driving style, route and weather, but based on my own experience in the ZOE, I think these calculations give a rough idea.  As a very rough rule of thumb, when looking at purchasing an electric car, I would assume that 3 times battery capacity would give you a low end range estimate (e.g. 3 x 30kWh = 90 miles) and allow easier comparison between vehicles.

Hopefully, it won’t be too long before a wider range of vehicles is available that can achieve at least 165 miles of winter motorway range at a more acceptable price, because when that happens, the days of petrol and diesel will surely be numbered.

One thought on “How much range does an electric car really need?”