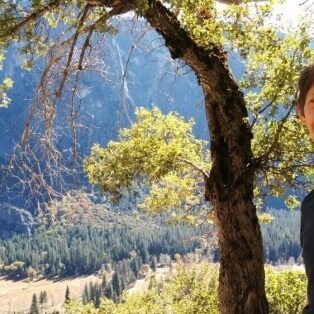 Has a good diet changed my health?

My diet and lifestyle has gradually improved over the past decade. I’m not one of those people that had an epiphany one day and changed everything overnight. Instead I have made steady but regular changes to my lifestyle whenever I learn new information that can help me to live a happier, healthier life. It just so happens that nutrition has become a big area for change since it is so fundamental to good health and the root of many of the most common chronic diseases and ailments, not to mention the huge environmental and ethical considerations.

Most of my calories were coming from white stuff (see my post about white foods here) and meat. I did eat some other things of course, but my diet was pretty limited, contained a lot of bad stuff and crucially, very little in the way of good stuff like fruits and vegetables. To be honest, I thought a spinach pizza was a pretty healthy dinner and counted as 1 of my 5 a day.  I also thought it didn’t really matter what I ate because I never put on any weight. Even now, I am one of those lucky people who can eat as much or as little of whatever I want and my weight hardly changes at all.

But I have gradually woken up to the fact that I should take my health seriously and have made continuous improvements over the years to the point where I now eat loads and loads of fruit and veggies, and very little in the way of white flour, refined sugars, meat and dairy.

So has it made a difference that I can actually notice?

Well yes it has. Here are some of the health improvements I benefited from as a result of changing my diet.

Since my teens I suffered from chest pains, especially after eating cheese. This is one thing that I found a little worrying even in my teenage years when I thought I was invincible.  Now I never get chest pains unless I eat loads of naughty food, which only seems to happen at Christmas if at all.

Since I got sinusitis at university, I have suffered from regular sinus pains, especially during the winter months. I no longer suffer from any sinus pain at all.

I used to suffer from chronic constipation since I was a child. It was so normal to me to spend ages on the loo every day trying to force it out that I didn’t realise it wasn’t normal until in my mid-twenties.  Too much information?  Ok, moving on…

For a long as I can remember I have been allergic to melon. It would make my throat itch within a couple of bites and in serious cases my throat would close up and cause me difficulty breathing. I now have no allergic reaction to melon and actually eat half a melon for breakfast several times a week. Consider me cured!

My only other allergy was hayfever, which caused me weeks of misery every year since my early teens. I still have hayfever, but it is now mainly only a mild irritation with the odd bad day here and there, usually within a few days of eating lots of naughty food. I guess that’s nature’s way of telling me to behave myself! I have no doubt that if I cleaned my diet further that I could reduce it more and possibly even cure it.

I have always been a pretty sniffly person and it was just part of life that i would get a lot of coughs and colds. In the last few years I’ve had fewer coughs and colds and generally recover quicker from them. When I have fallen ill  it had normally been at times when I’ve been working too hard and stressing myself out, sometimes combined with bad eating – a perfect storm.

I never had loads of spots, but I nearly always had one or two spots around around my nose and mouth, often red and with a pussy head. Now I generally have no spots on my face unless I eat something naughty, and I then sometimes get one small one. My eyes are also whiter and less blood shot, despite the fact that I’m often working long hours under a lot of pressure.

I always used to have white marks on my nails.  It isn’t a big deal but it is a sign that something isn’t quite right.  I now rarely have any white spots on my nails and my nails now grow a lot faster, which I reckon is a good sign.

The tip of the iceberg

These are just the biggest, most tangible changes that I’ve noticed and it is clear that all of these changes have positively impacted my day to day life. No doubt there are also long term health benefits I’ll never really be able to measure.

It hasn’t been that hard to achieve either. I enjoy food more now than I ever have done and have a greater excitement for cooking now that my mind has opened to huge variety of different foods than I ever previously considered.

All in all, it’s been a pretty sweet deal so far!