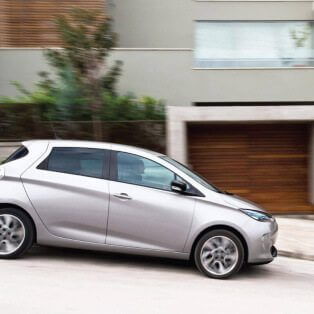 Is it finally time to buy an electric car?

One of the technologies that has exited me most for a very long time is electric vehicles.  They’ve been around in concept for decades (in fact there are even rumours that Nicola Tesla built one), but they’ve never really caught on in mainstream applications, until now.

I may be jumping the gun, but I think 2014 is a pivotal year in the history of cars.  It is the year that we will look back to as the beginning of a new era, when we started to do away with our noisy, vibrating, dirty machines and replace them with vehicles that are quieter, smoother, cleaner and most importantly – fuel agnostic.  Whatever the criticisms might be about charging up electric cars from coal power stations, the reality is they can be charged from almost any base energy source, including all renewables.  This makes them immensely versatile in a world of energy uncertainty, opens the potential for genuinely clean transportation and starts to provide a huge energy storage resource to iron out peaks and troughs in supply.

So why do I think this year is so important?

Many reasons, but it is the combination of all these reasons that makes this year so significant.

And it isn’t just pure electric, but there has been a huge leap in hybrid technology, helping to bridge the transition.  This years F1 cars are powered by a shockingly tiny 1.6 litre hybrid engine, Le Mans teams such as Audi and Toyota are running race winning hybrids, and McLaren, Porsche and BMW have now got mind blowing hybrid super cars on the market.

But should you buy an electric car now?  I’ve been testing driving every EV I can get my hands on to find out.

The i3 was the first EV that we test drove this year and we got off to a good start.  We did initially think that it was a bit funny looking, but when we got inside it we quickly fell in love with the fact that it feels different from other cars.  It feels futuristic.  The interior is a really nice space to spend time and although it is a bit short on boot space and the back doors are not very practical (they can’t be opened without opening the front door), it does help set a new vision for car interiors that are not defined by the drive train of petrol and diesel engines.

As for the driving experience, it didn’t disappoint.  It looks like a very tame city vehicle, but it handles really well and the power is incredible.  Like all EV’s, you get 100% power and torque instantly when you hit the pedal, and that makes it seriously quick.  BMW claim that it will beat an M3 off the lights (without making any noise).  All I can say is that if you stamp you foot on the accelerator, the headrest will whack you in the back of the head!

So the BMW is a pleasure to drive and is a positive indication that BMW are thinking seriously about electric cars.  There are downsides however.  It is very expensive for a small car despite being sold at a loss by BMW, and the range of around 100 miles just isn’t enough for most people.  They do have a range extender model with a tiny petrol motor in the back, but it is debatable if this really solves the range problem in any serious way. To cut a long story short, I really like the Zoe.  In essence it is an electric Clio, but that’s not a bad thing. It looks great, has a nice interior with a good central console that shows how energy is being used in the car and it is really nice to drive (like a Clio).  It only does around 80 miles on a charge but it is half the price of the BMW i3.  The range and size means that it isn’t suitable as a main car for most people, but if you are a two car family then it is absolutely perfect as your second vehicle for nipping around town.

My only issue with it is that you can’t buy the battery.  Renault have a battery rental scheme which they claim is designed to protect the user from the uncertainty of battery technology, but in reality it means that you don’t really own the car that you have bought, which I find really annoying. I had high hopes for the Leaf.  It has been around for a few years now and it is the first truly mainstream electric car, now in its second generation.  I was really disappointed though,  Perhaps I set my hopes too high, but I felt that the car had a serious identity crisis.  The electric drive train was from the future – quiet, smooth and very quick when you want it to be.  But everything else about the car was from the past – a dark, bland and uncomfortable interior (first car ever to give me back ache on a short journey), the controls and displays were amazingly low tech and the handling was quite frankly rubbish.

One of the big improvements in the car industry in recent years has been handling and comfort, and the Leaf felt like they had stuck an electric motor in a boring, wobbly old Nissan from the 90’s.  Interestingly, when I spoke to Olivian at Tesla in Westfield London, he said “Oh, how did you find the wobbly Leaf?” before I had told him what I thought of it.  Clearly I am not the only one that was disappointed with the handling.

I should emphasise that Nissan have done a great job in leading the way amongst the large car manufacturers and there are a huge number of owners that are extremely happy with their Leaf’s (or should that be Leaves?).  It is beautifully smooth and quiet as well as a solid, practical car at a sensible price.  That counts for a lot, but I feel that Nissan have missed a big opportunity to make the Leaf something truly special.

Before even driving it, you know that the Model S is the car that is going to set the standard not just for new electric cars, but for all cars.  It looks amazing, it is genuinely luxurious, incredibly practical, has an incredible safety record and has range of around 250-300 miles, completely changing the viability of electric cars as a main vehicle.  Honestly, how often do you ant to drive more than 200-300 miles in one go?

But then you drive it and it blows your mind!  The handling is super responsive, the interactive controls with the huge touch screen display allow you to control things like steering stiffness and ride height, and the acceleration is on a par with a super car.

We did drive the top of the range P85+ which costs over £80K, but there is actually very little difference between the various models in practice.

The reality is that if you can afford to buy a car at this price bracket, then you would be hard pushed to justify buying anything other than the Model S.  It really isn’t a mystery why they are selling so well despite their high price tag. OK, you might tune out and tell me that this isn’t even a proper car, but hold on a minute.  We rented a Twizy for a day in the New Forest and were worried that it might feel pathetic compared to the Tesla and i3, but we were really surprised.

It isn’t super quick, but it is immensely good fun to drive.  You can zip around country lanes and feel really connected to your surroundings.  It’s a bit like driving an electric go kart on the road.  The car only has a tiny battery but it is super light and therefore very energy efficient.  I didn’t actually think I would consider it as a real option to buy, but after driving it I started dreaming about owning one.

If you are the sort of person that can sacrifice some creature comforts and don’t mind a few funny looks, the Twizy is actually a really great way to get around.  Think of it not as a car, but as a four wheeled electric motorbike and maybe you can see what I’m on about.

I did find the range-o-meter particularly unreliable, varying massively as my driving style changed, but I reckon you’d get used to it pretty quickly, and if you only use it for short journeys then it’s nothing to worry about.

Is it time to buy an electric car?

My conclusion from test drives so far is pretty clear.

If you can afford a Tesla Model S – buy one!

If you can afford to buy a new car as a second car for local journeys, the Leaf, Zoe and even the Twizy are all seriously worth considering.

If none of the above apply (or you just aren’t looking to buy a car), then the time isn’t right yet.  But watch this space – it’s just a matter of time.

For me, even though I dream of the day when we all drive electric cars, I’ve concluded that the time isn’t right for us to replace our car as we could spend the money on things that would make a much bigger difference in our lives.  I reckon 2017-18 is when it will start to really hit the mainstream, and that might well be the right time for us.

Posted by Tom Greenwood on 8 August 2014