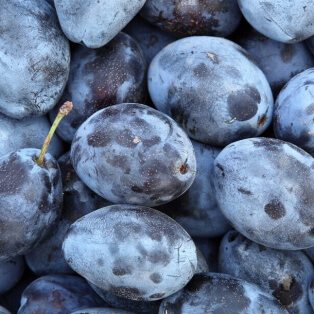 What exactly is a whole food?

Health experts now commonly recommend the consumption of a Whole Foods diet for optimal health and there is a lot of evidence demonstrating that foods are most healthful when we eat them whole.

But what exactly is a whole food?

On the surface it sounds like a simple question.  The definition provided by Google is:

Food that has been processed or refined as little as possible and is free from additives or other artificial substances.

The last question is perhaps the most significant, because in essence a whole food should be the same as a natural food.

So what is a natural food?

The definition of natural foods is even more vague, which is one of the reasons that it is so easily exploited by food manufacturers and restaurants in their marketing.

I would therefore propose a different definition of natural AND whole foods (on the basis that they are the same thing):

A natural or whole food is a food in the state that it naturally occurs and that has not be modified in any way that cannot be achieved with hands, teeth or primitive tools.

In essence, it is any food that has not been denatured. This presents some interesting outcomes compared to the standard definition of whole foods.

These are just a few examples, but they illustrate how we need to be thinking about how the food was grown and how it has been treated before we eat or drink it.

Is it a practical definition?

Arguably this definition is impracticable because it means that the majority of the foods that we eat cannot be classified as whole foods.  But actually that is a good thing because it focusses us on the reality of the foods that we eat.  It would mean that the only whole or natural foods for most of us would be raw or lightly cooked organic fruits, vegetables, nuts, seeds and raw or lightly cooked wild meats (including fish).

Whole Foods Market would be a very different type of shop!

Companies like Pret a Manger would no longer be able to make claims that they only sell natural foods when they have a cabinet full of pastries at in every shop.  My earlier post about 5 whole food chains in London would have to be drastically re-written!  It would be strict, but it would force a high degree of honesty upon the food industry.

It would give us a clear and accurate benchmark by which to assess our own diets.  It is better to know what a natural diet is and admit that you can’t follow it completely than it is to falsely believe that you eat a natural diet.  In practice, it would mean that almost no one in modern society would be able to honestly claim that they eat a genuine whole foods or natural diet, but that’s OK.

What are the health implications?

As mentioned, a large number of health experts now recommend a whole foods diet for optimal nutrition.  This new definition would do two things:

It should be emphasised that in this instance I am not advocating any specific type of diet over any other, but simply trying to clarify what a natural or whole food really is so that we have a clear perspective from which to make our own informed dietary choices.

Does this definition make sense to you?  Do you have a suggestion for a better definition?  Feel free to suggest in the comments section below.