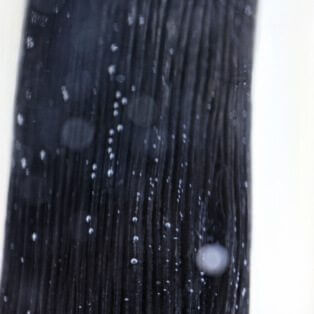 We recently had breakfast at RawPress in Mayfair where they had bottles of tap water on each table with beautiful black sticks inside. It turned out that these sticks were actually water filters made of activated charcoal. Excited by the idea that water can be purified in such a simple eco-friendly way, yet skeptical as to whether it really worked, I looked it up. It turns out that activated charcoal is used in mainstream medicine to treat the symptoms of indigestion, flatulence, and hyperacidity, but more significantly to treat cases of poison by absorbing toxins into its micro-porous structure.  It has even been demonstrated to significantly and rapidly reduce toxins in drinking water.  James R. Self, Ph.D of Colorado State University Soil, Water, Plant Testing Lab stated that:

“Kishu Charcoal has been found to be effective at reducing lead, mercury, copper, cadmium and chlorine, over a period of time.”

So I ordered some online from Black+Blum to use at home in our water jugs.

I was somewhat annoyed that a relatively eco-friendly and completely biodegradable product was wrapped in vast amounts of plastic and polystyrene.  Black+Blum are a renowned design firm but have clearly not yet set their creative minds to the sustainability or user experience of their own packaging.

Anyhow, the sticks themselves are really beautiful.  I thought that they might discolour the water or make it taste of charcoal, but in fact they don’t seem to leave any residue at all and the taste of the water has not really been affected, so hopefully they’re hard at work reducing some of the toxins in our drinking water.