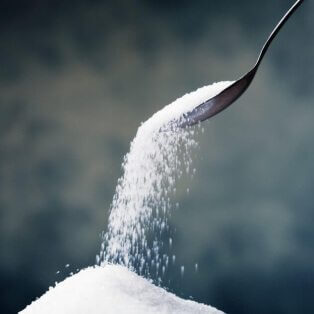 A few years ago, my father in law told me a story about when he was a young man travelling by train in India. He got talking to an older man and at some point the conversation turned to the mans age.

He shook his head.

He shook his head.

My father in law could not believe it. “How come you look so young? What is your secret?” he asked.

The man smiled and said “I never eat anything white.”

This statement was so simple, but so powerful. Bearing in mind that this man was also a vegetarian, his “no white food” principle made perfect sense. It meant that he would naturally avoid the foods that were most damaging to health and instead eat mostly colourful plant foods that are full of nutrition.

The story reminded me of a Home Economics class at school when I was about 12. It might actually have been the only lesson that we ever had about nutrition. The teacher explained that a healthy balanced meal should have a variety of colours on the plate – the more the better. I asked the teacher if Smarties would therefore be a healthy meal, which didn’t really amuse her. She then went on to show us a diagram of an example meal on a plate that had “real foods” in the following colours:

Having got the lesson off to such a good start, she ended up just telling us to eat meat and two veg. Well I should have expected the classic British dinner to be the example of a perfect balanced meal. How dare that 12 year old me question think that anything better might be possible!

Nevertheless, the core message of the lesson about colourful food has stuck with me for a couple of decades and I think it had a lot of value. So long as you don’t cheat and use artificially coloured foods, the old Indian man’s advice is timeless.

Eat as many colourful, natural plant foods as possible and you will give yourself the best chance of good health.

Posted by Tom Greenwood on 6 January 2015