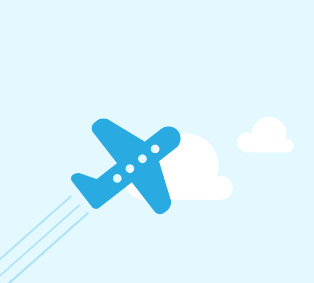 Today I came across the A Free Ride campaign which has the noble aims of shifting the burden of air travel taxation onto the people who fly the most, while raising more money to invest in clean transport. As they say, they want “a fairer, greener tax on air travel“. The idea is that all citizens would be given one tax free flight per year, then each time they fly again in the same year, the level of tax would increase. This would allow normal people to enjoy an annual holiday without being “unfairly” penalised, but flying regularly would become prohibitively expensive.

At first glance this sounded interesting but it didn’t take me long to realise that this doesn’t actually make any sense. We currently pay taxes (aka Air Passenger Duty) on each plane ticket, so tax is already proportional to the number of times that you fly. By the campaigns own definition, air taxes are already fair because the more you fly, the more tax you pay.

It does however open an interesting line of thought about what fair taxes on flights really mean. What would really be fair? And fair for who?

If we initially assume that we’re just looking at fairness for passengers and not at the fact that Air Passenger Duty ecists (at least in part) to compensate for emissions and noise caused by flying, then we should be taxing people based on their share of the specific flights that they are on. In effect, first class and business class passengers would pay a lot more tax, because the proportion of the plane allocated to each business and first class passenger is much greater than each economy passenger. So it would be fair. It would also be quite fair financially as wealthier passengers would pay more.

But wait a minute. That’s almost exactly how the current system works!

The problem with it is that Air Passenger Duty doesn’t directly tax the problems that it’s trying to solve. Passengers are not the problem. The problems are carbon emissions and noise pollution from the planes. Therefore, why not simply tax airlines for the fuel that they burn plus a noise tax based on flight time and specific aircraft noise rating. Airlines would simply build this into their pricing and it would end up distributed between all passengers or cargo, while encouraging airlines to invest in quieter, more efficient aircraft.

The fair and simple solution would be to replace passenger taxes with fuel and noise taxes and charge the airlines directly. This would put an incentive on airlines to actually tackle these problems directly and it would also mean that cargo would be taxed in the same way as passengers.

Passengers are not the only ones who matter

Now I have to question the concept of fairness. If anyone should have an issue with the fairness of taxes on air travel, it should not be passengers. It should be people who live near airports, people who live under flight paths (like I do) and future generations whose lives will be devastated by global warming. All of these groups would benefit from a tax system that incentivises more efficient aircraft, quieter aircraft and less flying.

A system as I just described would do just that. If we combined it with a steadily rising tax rate designed to ensure that it would be uneconomical to fly a fossil fuel powered plane within a couple of decades, we might have just created a strong incentive, as well as strong funding system, to invest in finding a clean alternative.

Maybe we just shouldn’t be allowed to

Finally, I have one radical suggestion. If we’re going to target individuals instead of airlines, it might be both fairer and more effective to ration flights. Each person would get the same annual allowance, reducing each year, eliminating any difference between rich and poor.  Of course, no government would ever agree to rationing air miles, but just maybe they should.