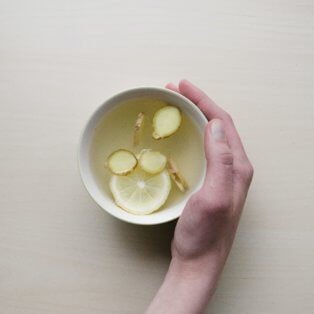 A timely look at herbal antivirals

With the Coronavirus outbreak racing through the UK population, it seems like it has never been more important to look after our health and maximise our natural resistance to viruses.

In addition to focusing even more than usual on eating a clean, nutrient dense diet, reducing stress and other immunity boosting activities such as breathe work and cold water immersion, I thought it would be prudent to learn a bit about natural substances that can help maximise resistance to and recovery from viruses.

I read the book Herbal Antivirals by Stephen Harrod Buhner. It’s a pretty big book but most of it is really a reference guide, with only the first few chapters being the core content. Here are some notes from the book.

The adaptation of viruses

The book provides a surprisingly detailed explanation of how viruses infect the human body and the different pathways of some common types of viruses.

Viruses are an integral part of the world’s eco-systems and just like bacteria, it could be dagerous to treat them purely as an enemy to be destroyed, Instead we should focus on how we can maximise our safety from harmful viruses.

Viruses enter the cells of their hosts and utilise their hosts DNA in their pwn mutation, and may play a role in evolution by actively creating genetic variants. Some viruses are DNA based and tend to be fairly stable over the long term due to the stability of the DNA’s double helix structure, and therefore can often be treated effectively by the development of vaccines. Other viruses, including dangerous forms of influenza and corona viruses are RNA based, have a much less stable single helix structure that allows them to mutate far more rapidly. This makes it more likely that they will mutate from animals into forms that can infect and harm humans, and makes them far harder to eradicate because vaccine development must constantly chase the mutating form of the virus.

The book presents the fact the just like bacteria, the speed of mutation of viruses increases when the virus itself, or its host population is under attack. It’s a natural defence mechanism of the virus that ensures that it can survive. The virus, like all species on earth, wants to find a safe environment in which to live, and when its safety is threatened it must adapt quickly to find safety.

The viral risk that we are creating

Harrod Buhner presents the idea that we are doing several things the accelerate the mutation and spread of viruses into forms that can potentially harm humans:

Harrod Buhner makes the case that the medical profession are currently missing huge opportunities to protect the public from harmful viruses by ignoring plant based solutions. He is not against conventional medical solutions and instead suggests that we should be open minded enough to consider all solutions and develop treatments that combine all approaches that can help the patient. Conventional medicine and natural herbs can be used together and are not mutually exclusive.

One of the reasons that he suggest we look to natural herbal solutions is that many plants contain chemicals that are able to block specific viral pathways in a similar way to anti-viral drugs, but for whatever reason, viruses do not seem to develop resistance to these natural plants.

The book lists many plants that can be effective against viruses, including strains of influenza and corona viruses, as well as instructions on how to use them, making it a handy reference guide.

A few notable herbs that are widely available in the UK and are helpful in protecting against and treating influenza and corona viruses are Licorices, Elder and fresh Ginger. There are many others, including apparently high efficacy of Cordyceps mushrooms, through these tend to not be easily available in the UK, at least not is a high quality form. I recommend the book as a good reference guide on herbs that can be used to boost resistance to viruses, with really no downsides.

After writing this post I read the small book Herbal Antivirals for Boosting Immunity by Sorrel Davis. It briefly covers a lot of the same concept and some of the same plants, but is extremely brief and so better as a quick reference. Here are a few key notes from it.

The protential of herbal anti-virals

Sorrel Davies explains how herbal antivirals can help, with the following key points standing out on how they work:

The following herbal antivirals are recommended and explained in the book.